What are the Key Methods used to Control Traffic?

While the average driver needs only worry about select traffic signals for a moment, the computerized system underneath is constantly measuring data and adapting the methods used to control traffic. If you’re in need of traffic control hire, you’ll be interested to learn about how things actually work.

You may never have given traffic control measures much thought, yet they ensure that you are kept safe on the road and that roadways can properly accommodate the drivers passing through. Even though newer technology has made traffic management control more sophisticated, learning how they work isn’t too confusing!

How does Traffic Control work?

Detectors are typically either embedded in the roadway or positioned above them. They typically count the number of vehicles passing through the area, as well as their speed and even classification. This information is communicated to the computer, which processes it and then applies the most effective traffic control measures based on the current situation. These decisions are quickly communicated back to the traffic signals for proper and safe operation.

Thanks to modern advances, there are lots of additional tasks that traffic control systems can take on:

In certain cases, traffic signals themselves can be computerized so that traffic data can be processed much faster, without costly communication devices. This would be favourable at a particularly busy intersection or ramp. When this kind of local computerization exists, it’s possible for vehicles themselves to receive information on traffic congestion so that they may avoid certain routes.

While it’s natural to think that traffic control methods are used to increase efficiency, they are also applied to restrict movement in select areas. Falling under the practice of ‘traffic calming,’ this form of restraint involves regulating the number of vehicles on certain roadways by funnelling traffic onto other routes.

This especially applies to older roads that can no longer accommodate modern traffic needs, or historical sites that require greater protection. Along with traffic signals, devices such as speed bumps, barricades, stop signs and road markers are also used to restrict traffic on these relevant routes.

Traffic control systems make decisions based on modes of transport, which applies to such things as pedestrian crossings and dedicated bicycle lanes. However, they are also interested in passenger volume, relying on bus or carpool lanes to give priority to vehicles with higher occupancy, where the emphasis is to move the most amount of people as efficiently as possible.

Unfortunately, this kind of specialisation hinders vehicles that don’t fall under the category. For example, a bus lane will increase the speed of public transport but possibly lead to higher congestion for the individual driver. As a result, traffic prioritization methods are usually extremely localized, where the advantages and disadvantages can be carefully considered.

Regardless of the particular setup in place, traffic control systems work to maximize efficiency and promote road safety. For any traffic control agency, the overall goal is to make travel through the area as smooth as possible.

Computerization allows us to adapt to changing traffic behavior so that the best measures can be applied at any one time, and the methods of traffic control are continuously improving as new tech emerges. For expert traffic control in Sydney that’s just as up to date, look no further than UVS Group. 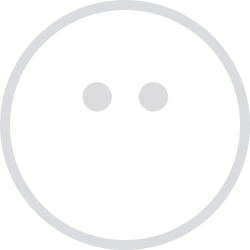